From Scale up companies to small boutique companies, the North American market is filled with exciting entrepreneurs and innovation.

Companies that are looking to connect and choose their best VCs in their views to go into business is always a considerate match making process, sometimes complex in final deals. Founders would like to be sure that they have the best possible investor match for their company’s vision and on the other hand, what the the VCs can offer in terms of resources, network and experience.

The Venture Capital World Summit with its own diversity, offers unique perspectives for our attendees and investees, as our vision is based in helping and making companies grow fast by succeeding and reaching worldwide markets.

Venture capital is a global phenomenon as cited, it then follows that New York City following a report is among the most noted locations for investment.  From published data it is seen that the number of venture capital deals, and the amounts invested, have grown exponentially together with global vc growth. New York City’s share of the global total has also increased, growing from 4.58 percent in 2008 to 6.01 percent in 2017.

In terms of companies, shows a diversity of sectors that attract venture capital, with an important role in job creation with backed companies that employ around 355,000 employees. Many of the sectors that have attracted venture capital in recent years are typical City industries ranging from advertising to financial services and real estate. In comparison to Silicon Valley, New York tends not to create new technology, rather it applies new technology in current investment markets.  And this is why the Venture Capital World Summit chose to include this City it in its World Series of Summit Events.

At our event on the 27 June in New York, we are bringing our local and international partners to the summit.

The agenda will be announced shortly, where the day will start at 10am with registrations and end the summit at around 4pm EST, and it will include presentations, discussions panels, networking sessions, pitches and meetings throughout the day. We will also have a dinner and a cocktail networking reception for our VIP ticket holders.

Get your ticket offer here to attend. 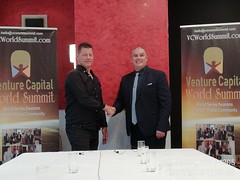 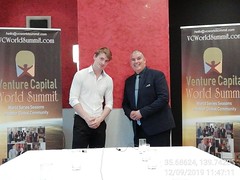 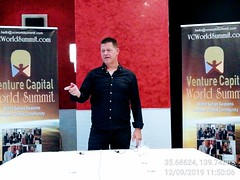 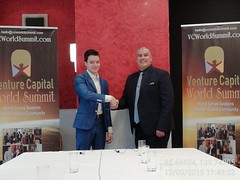